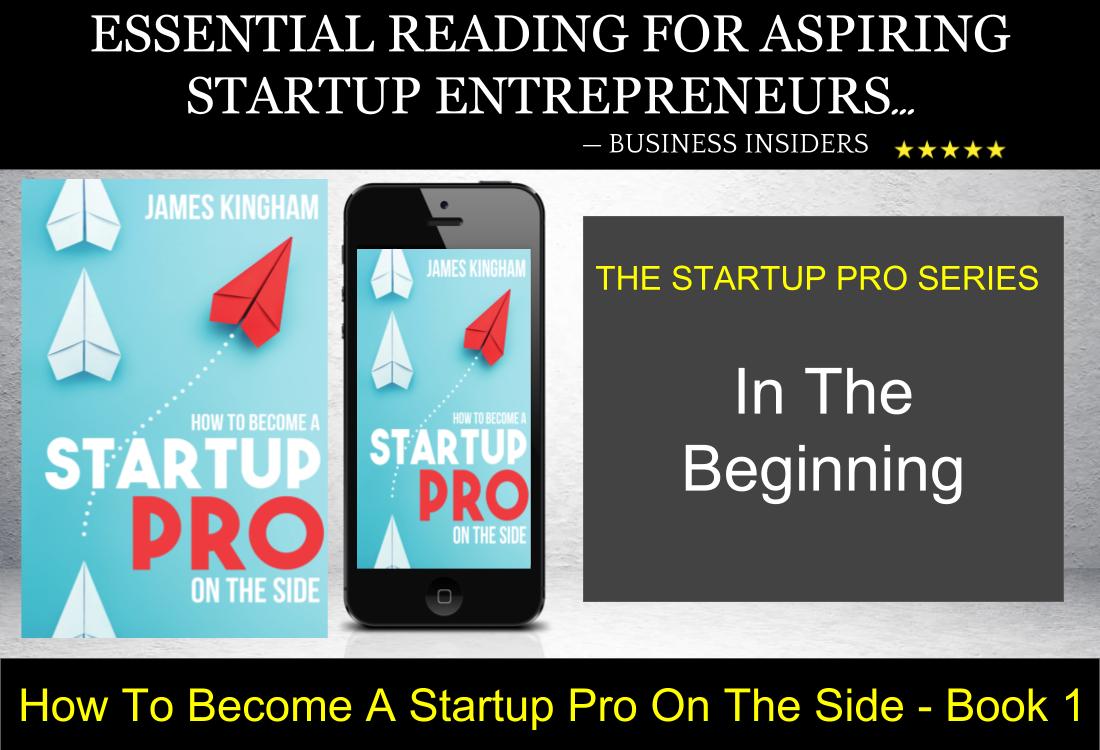 My first exposure to and experience of entrepreneurialism and that way of thinking and operating was a complete accident. At just ten years old I was already an avid small-time “on the side” entrepreneur, although I didn’t know it at the time of course. At the tender age of ten I barely had a concept of what life was about other than tearing around on bikes, go-karting, camping in the woods and what time I had to be home for dinner, let alone what entrepreneurs were or, even more mystifyingly, what they did.

Back in the late 1970s and early 80s things were very different. Back then traditional business monoliths ruled the world and most ordinary folk worked for them in one capacity or another. The secret world of the mysterious maverick entrepreneur outliers who lived, thrived and survived outside of “traditional” employment models did so by a different set of rules and were most definitely the exception rather than the rule. The exciting and vibrant life of an entrepreneur was a world that most “normal’ working-class people had little or no knowledge or experience of personally.

As a curious and fresh faced ten-year-old I had no concept or notion of intentionally becoming an entrepreneur. I was not trying to fulfil some mythical vision of following in my entrepreneurial idol’s footsteps or reaching the heady heights of becoming a millionaire or even billionaire tycoon. No, I’m afraid it was a lot less sexy than that, where I was from. What I was doing, I was doing simply out of good old-fashioned necessity. Invention, imagination and resourcefulness were all I had to work with at that point in time and as lessons learned years later would reveal it was all I really needed. So that leads me nicely onto how I became an accidental “on the side” entrepreneur at the age of just ten and three quarters.

Back then my grandparents would regularly come to visit me and my siblings on Wednesday afternoons after school. They would always bring heavily laden bags filled to the brim with a fine selection of cakes, biscuits and confectionery loveliness. I vividly remember busily saving my meagre pocket money allowance to buy a range of second-hand electronic parts for a robot which I had designed and was building at the time. Even as a youngster I was a bit of a creator and inventor. Back in those “good ole days”, they weren’t good by the way, money was not in great supply. Well, let me expand on that a little, my supply of it was not great and my parents wasted no time in making it very clear that this situation was not likely to change for me any time soon from their perspective. With that qualified it was obvious to me that if I needed money I would have to find inventive and legal(ish) ways of acquiring it myself. At the time that seemed harsh, but in hindsight it taught me an extremely valuable lesson that I have adhered to ever since.

Startup Pro Insight: The only way to achieve anything is to rely only upon yourself to go out and get it. Once you accept this simple truth everything becomes so much clearer and easier to achieve.

Not only does that attitude develop independence and accountability, it also puts you in total control and keeps things really simple. I looked at it this way.  If I’m the only one responsible and accountable for making something happen (or not), whatever I want is only ever down to me to go out and achieve. So basically everything is totally within my own control. Now that’s an easy concept to grasp and one that changed the game for me in the long term.

Although I didn’t know it then, I had a common startup challenge. I had a definite lack of financial resources. The only option in my mind to counter this unfortunate financial predicament I found myself in was to put my resourcefulness to work and come up with some funding options of my own.

My mission was clear. I needed to devise ways of raising funds for my electronics project under my own steam. I now had a clear objective, desired outcome and a measurable tangible result to focus on. So the game commenced.

Startup Pro Insight: It’s interesting to note that once I had clearly identified WHAT I needed to do and WHY, the mechanics of HOW became so much simpler to define and action.

Believe it or not, the story of the young entrepreneurial adventure that I am about to bestow on you here is totally true and based upon the facts as I saw them at the time and recall them now.  The only elements added to the story are my narrations which serve to highlight the experiences and insights gained from within the business world since. At the time I had no clue what I was doing (some may say that’s still the case!) but I have referenced which business models, methodologies and principles I was unknowingly applying where, when and how.

How To Become A Startup Pro - On The Side - Book 1

The first book in my new How to Become a Startup Pro On the Side" series is available to order right Now on Amazon. Each book also comes with access to free startup training.

"If you're a new entrepreneur, creator or business professional looking start your own business "How To Become A Startup Pro on the side", will get you there a whole lot quicker" - Nate Simons - Tech London

Subscribe Now and join 15,000+ subscribers who get my latest business, startup and income generation ideas & insights delivered directly to their inbox's.